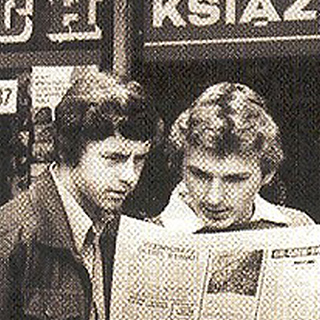 About the company With you for almost 100 years Read more 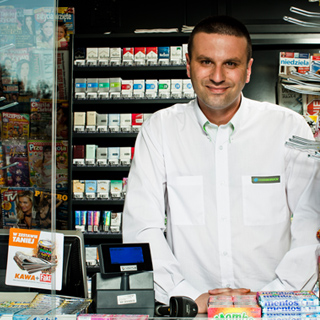 Lease a kiosk Develop your business with us Read more
Kiosks and newsagents's stores Over 2000 points throughout Poland
Superac Quick and convenient shopping always on your way
Products Press, food and non-food products, tobacco products, tickets
Own label brands Polish products at attractive prices
Coffee at RUCH - My Way Cafe Aromatic coffee for a good day 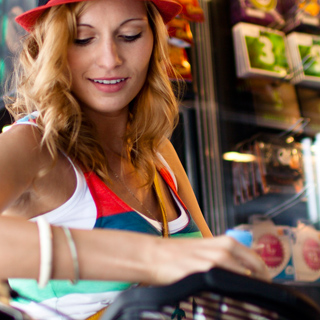 Offers and promotions Check them for yourself Read more 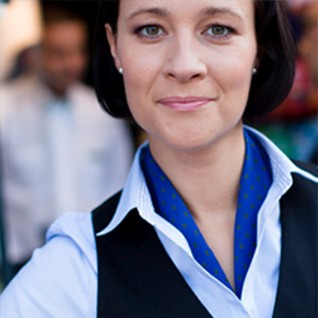 Lease a kiosk Develop your business with us Read more 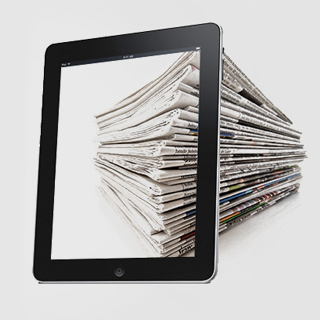 Subscription An impressive portfolio of over 2,500 titles Read more
Subscription Paper? E-press? A wide range of titles
Paczka w RUCHu Fast and convenient courier service
Logistics Professional and comprehensive sevices
Car insurance Fast, safe, convenient
Financial services Use your kiosk as a cash machine
My bills A convenient way to pay your bills
Paysafecard Safe online payments
Energy top-up service Control your power consumption
Lotto A wide range of number lotteries and scratch cards
Advertisemnet Advertising media at RUCH points of sale
We use cookies files on our sites to provide the top-quality services to you, in a manner that is adjusted to your individual needs. Using the website without changing the cookies settings means that they will be placed in your end device. You can change your cookie settings at any time. More details are available in our Cookies Policy.

RUCH S.A. has been engaged in intense activities with its creditors, publishers associated in the Board of Press Publishers Chamber (“IWP”), and Alior Bank for past few weeks, with the view to agree on a restructuring plan without resorting to the court. According to all analyses this is the most effective and safest restructuring route for the creditors as well as the Company. The publishers, Alior Bank and RUCH S.A. entrusted the preparation of the restructuring plan to a reputed auditing firm specialising in projects of this type, KPMG. On 23 August 2018 a phase I report of the project was prepared by KPMG, and a phase II report is due to be ready on 25 September, presenting a framework business plan and recommendations as to the restructuring directions. On the other hand, on 24 August the publishers addressed a letter to Alior Bank, outlining a proposal of key terms and conditions of a creditors’ agreement until the final restructuring plan is developed. RUCH S.A. underlines that its purpose is to draw up a plan which will enable full repayment of its debt over the next few years.

The unexpected petition for bankruptcy and sanative proceedings filed by companies from the ZPR Media Group, which participated in the above activities, to a large extent undermines these efforts and exposes RUCH S.A., its creditors including the petitioners themselves, its clients, employees and business partners to serious financial consequences. Sanative proceedings, and especially bankruptcy, is never an effective method of pursuing claims if the debtor is a going concern, where only one business segment, press distribution, requires restructuring, and that too for reasons largely attributable to market conditions. The other business areas such as retail, courier and logistics services, are profitable. In these circumstances the Management Board of RUCH S.A. was forced to take immediate steps to minimise the damage caused by the petitions, and to protect the interests of the creditors and other business partners, suppliers of goods to the retail network, employees, companies and persons providing services to the Company, including thousands of agents operating the retail points of sales, and hundreds of small logistics companies and small publishers. The aim of RUCH S.A.’s Management Board is to ensure that the Company may operate normally, and at the same time continue working on the restructuring plan agreed with the IWP.

In view of the fact that the ability to seek an out-of-court solution was cut short, on Friday 31 August RUCH S.A. applied to the restructuring Court for approval by the Court of a request to open accelerated composition proceedings in order to conclude a partial arrangement (“PPU”), as a much more favorable solution than sanative proceedings or bankruptcy. The purpose of a partial arrangement is to limit restructuring activities only to the circle of the largest publishers, whose receivables exceed PLN 1 million. These are to a large extent the publishers who participated in the negotiations with Alior Bank and RUCH S.A. The Company’s aim is to base the ultimate restructuring plan on the results of KPMG’s analyses. It is clear that the plan would need to be approved by Alior Bank, the Company’s largest creditor.
RUCH S.A. therefore emphasises that after opening the partial composition proceedings (PPU) the restructuring activities will not embrace small and medium size publishers or business partners from the retail, logistics and courier services areas. The Company plans to pay all its liabilities not embraced by the partial composition on an on-going basis, without the need to enter into negotiations. The Management Board of RUCH S.A. will take all reasonable action, essentially in cooperation with Alior Bank, whose position is of fundamental importance in these circumstances, to ensure that the Company is in a position to operate normally. The Management Board of RUCH S.A. also applied to the court for hearing its application on urgent basis due to the scale and nature of the Company’s business.
The intention of the RUCH S.A.’s Management Board is for the restructuring plan to be approved by all the creditors indicated above and Alior Bank as soon as possible, not later than by the end of November 2018.

Management Board of RUCH S.A.